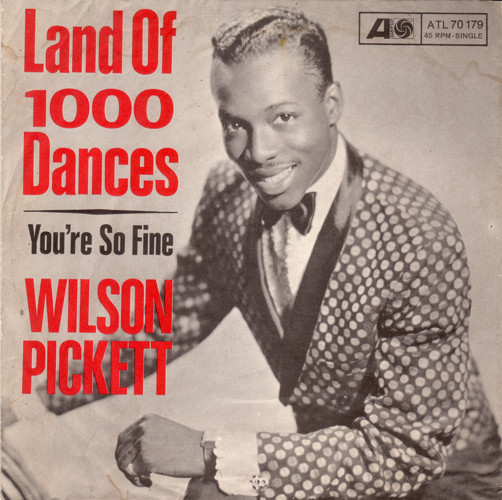 This song has to have a world record attached to it… most used in pep rallies. I heard the na na na parts from elementary to high school. It was high school before I heard the actual song. The song was written and performed Chris Kenner in 1962 but it only made it to #77.

Fats Domino got a composer credit even though he had nothing to do with writing it. Kenner offered him the credit and half the royalties if he would record it. He did, but Domino’s version flopped and Kenner’s version ended up being a bigger hit. Domino had previously charted with Kenner’s song “Sick and Tired,” and Kenner had a big hit in 1961 with his song “I Like It Like That,” which went to #2 in the US.

In 1964, two years after Kenner and Domino recorded the song, it was covered by the Mexican-American Los Angeles rock band Cannibal And The Headhunters, who took it to #30 in the US. This was the first version of the song to include the primal “na na na na na na” chant, which the group came up with when the lead singer forgot the lyrics.

The song quickly became very popular among bar bands, who would often sing the “na na”s instead of actual words. The original version has lyrics all the way through, but that’s not how most people know the song.

Got to know how to Pony
Like Bony Moronie
Mash Potato
Do The Alligator
Put your hand on your hips, yeah
Let your backbone slip
Do the Watusi
Like my little Lucy

Dancin’ in the alley
With Long Tall Sally
Twistin’ with Lucy
Doin’ the Watusi
Roll over on your back
I like it like that
Do that Jerk, oh
Watch me work, y’all