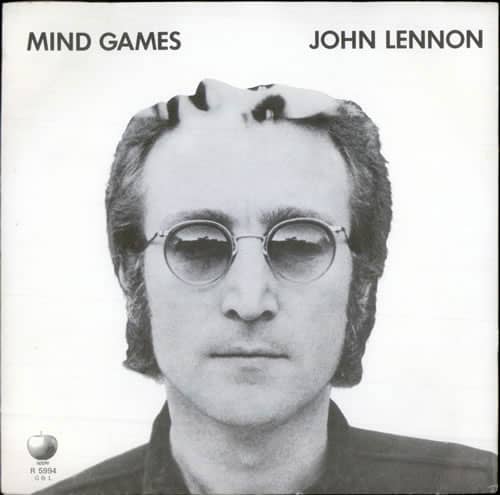 Mind Games is not my absolute favorite song on the Mind Games album…my favorite would be “I Know, I Know.” but this song was the only single released from it.

Usually, I don’t mention much about the video…but this one is great if you like John Lennon.

This was the only single released from Lennon’s Mind Games album, which was a modest success but nowhere near as popular as his Beatles output. This song has held up well, getting significant airplay on a variety of radio formats. In a 1998 interview with Uncut, Yoko Ono posited that the song may have been ahead of its time. “I think that people didn’t quite get the message because this was again before its time,” she said. “Now, people would understand it. I don’t think in those days people knew that they were playing mind games anyway.”
This started off as a song called “Make Love Not War,” which had a strong antiwar sentiment. Lennon eventually abandoned that theme and wrote an entirely different lyric to the melody.

Love is the answer and you know that for sure
Love is a flower
You got to let it, you gotta let it grow

Yes is the answer and you know that for sure
Yes is surrender
You got to let it, you gotta let it go