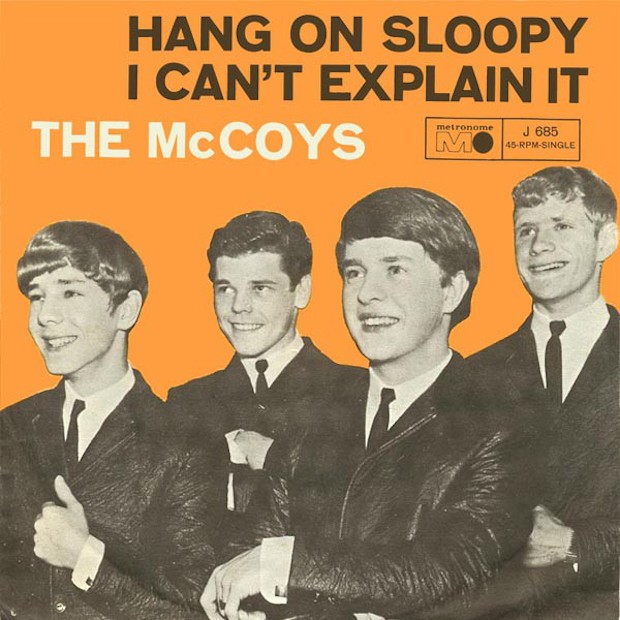 The song peaked at #1 in the Billboard 100 and #5 in the UK in 1965. The song was performed by the McCoys who came out of Union City, Indiana. The group featured guitarist Rick Derringer who would later release Rock and Roll, Hoochie Koo. the McCoys were not one hit wonders. They had another top 10 hit named “Fever” and a top forty hit named Come On Let’s Go.

The song was written by Bert Berns and Wes Farrell. Bert Berns wrote many songs in the sixties and signed Van Morrison to his first solo contract.

The name “Sloopy” most likely came from Dorothy Sloop, who was a jazz singer from Steubenville, Ohio. Sloop, who died in 1998 at age 85, performed in the New Orleans area using the name “Sloopy.”

The McCoys began as the Rick Z Combo (named after lead guitarist Rick Zehringer, who later became Rick Derringer) in Union City, Indiana. They developed a following playing at Forest Park Plaza in Dayton, Ohio. They later became Rick And The Raiders, a group led by guitarist and lead singer Derringer. In 1965, Rick And The Raiders played a Dayton, Ohio concert as the backup band for The Strangeloves, who were a group of producers who wrote the song “I Want Candy” and made up a group for it. In a strange and brilliant marketing move, The Strangeloves claimed they were from Australia and said they were shepherds who got rich by crossbreeding sheep. The Strangeloves – Bob Feldman, Jerry Goldstein and Richard Gottehrer – arranged a recording session with Rick And The Raiders, who changed their name to The McCoys (after a Ventures song), and had them record a version of “My Girl Sloopy” as “Hang On Sloopy.”

15 thoughts on “The McCoys – Hang On Sloopy”