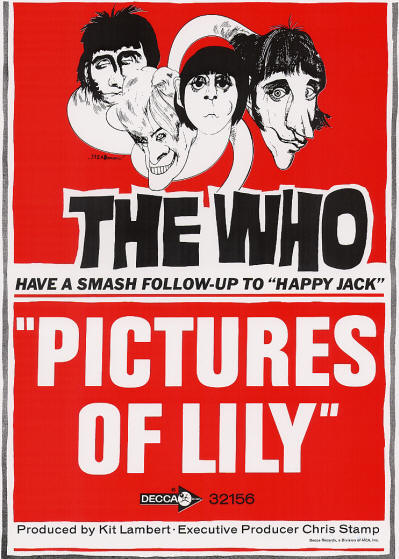 Describing the Who’s next new single…Pete Townshend coined the term “Power Pop” to describe this song before it was released. It made it to #60 in the Billboard 100 and #4 in the UK Charts. The song tells the story of a father giving his son risque pictures of a woman taken the 1920s…and after a while, the son finds out that she had died many years ago.

It is a song about the lust of a teenage boy…we will keep it at that.

9 thoughts on “The Who – Pictures of Lily”