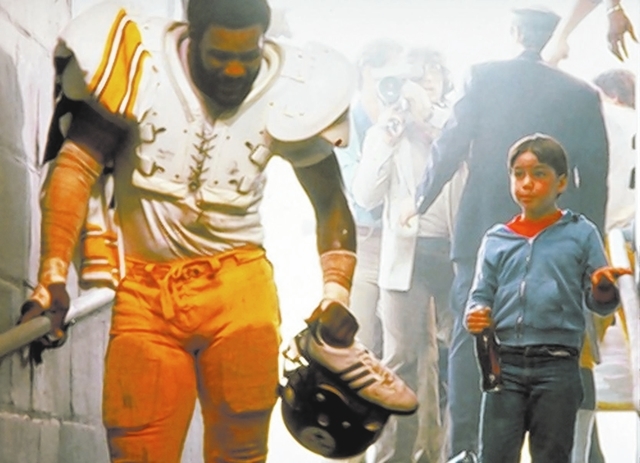 If I had to name my favorite commercials it would be a really short list. This Mean Joe Greene and Kid commercial would top the short list though.

This ad debuted on October 1, 1979. It showed an injured Mean Joe headed for the locker room to encounter a star-struck kid (Tommy Okon) that offered Mean Joe a coke. Greene eventually took the coke and while limping away pitched his jersey to the kid.

The commercial spot aired repeatedly through Superbowl XIV where the Steelers beat the Rams 31-19. It took 3 days to film the commercial and Joe ended up drinking around 18 cokes to finish it.

When Greene found out Tommy Okon didn’t get to keep the jersey from the commercial he mailed him an autographed jersey for Christmas.

Coke looked at Roger Staubach, Tony Dorsett, Ed “Too Tall” Jones, and teammate Jack Lambert but Joe Greene won out. The right man got the job.

The commercial helped to soften Joe Greene’s reputation. Before it aired Greene said people were intimidated by him. This is a quote from Greene.

“I was suddenly approachable,” Greene recalled during a presentation at Coca-Cola headquarters in Atlanta. “Little kids were no longer afraid of me, and older people – both women and men – would come up and offer me a Coke.”