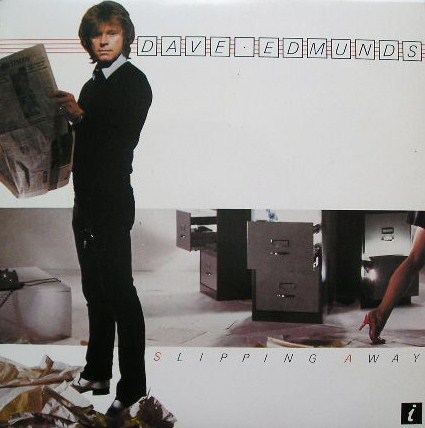 Dave Edmunds released this song in 1983. I remember hearing it and something about it reminded me of ELO…there is a reason for that. Jeff Lynn produced and wrote the song. It peaked at #39 in the Billboard 100.

It got a lot of airplay in my region at the time so I was surprised it only went to #29. Very different from his 1970 hit “I hear You Knocking.” I haven’t heard it in years.

From Songfacts.
Edmunds had produced his own material to this point, and decided to try something different by using an outside producer. His first choice was Phil Collins, but Collins didn’t have the time. “Then I thought of Jeff Lynne, because he was Mr. Techno back then and he used to make great-sounding records,” Edmunds said in his 2015 Songfacts interview. “Although now I listen to them and they sound a bit dated. I’m a bit puzzled why I was so enamored with Jeff, but he is very creative in the studio. He can go in with nothing and right on the spot make a record. I was taken with that.”This being 1983, synthesizers were coming into vogue, especially in Edmunds’ native UK. For Jeff Lynne, this was a natural progression, but for Edmunds, it was out of step with his sound – he specialized in rock guitar and simplified productions (he had recently produced the Stray Cats first album). So when “Slipping Away” emerged, featuring a prominent synth played by Lynne, many of Edmunds’ fans were nonplussed.

Edmunds did more work with Lynne on his next album, Riff Raff, but soon returned to his rock roots.

7 thoughts on “Dave Edmunds – Slipping Away”